Standup For Journalism is a comedy project designed to start a *fun* conversation about the job of journalism in a digital society.

It’s been created by journalist Kirsty Styles to see whether journalists making people laugh with them can help us all talk more about what we want journalism to do.

It’s no secret that journalism has an image problem, something that was described not-even-ironically by the outgoing editor of the Daily Mail Paul Dacre in 2018, demonstrated by the fact that journalists are trusted less than estate agents. Why on earth would anyone want to be one?

While we might not trust journalists, we certainly love comedy. It was the top podcast genre in 2018, standup is booming on Netflix and top comedians get paid in the tens of millions of pounds, according to Forbes. In fact, US comedian Jon Stewart was once voted the ‘most trusted newscaster’ in America. No joke.

With help from the highly successful Bright Club academic comedy network, the Standup For Journalism pilot trained six people that work in journalism (or adjacent professions!) to tell jokes, ending with a live performance. 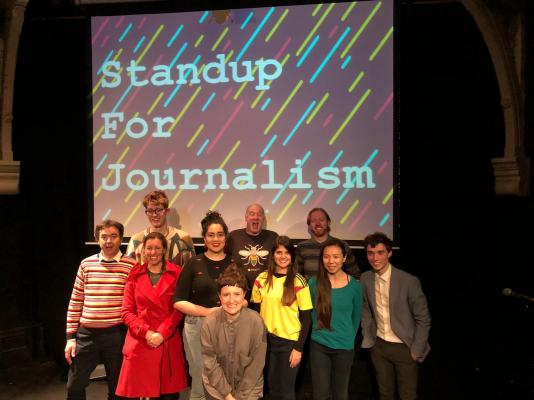 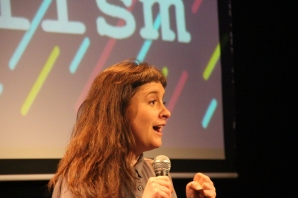 Money raised from ticket sales for the pilot went to the Lyra McKee memorial crowdfund. She was a dedicated young journalist who was killed while trying to understand the riots happening in Derry.

You can see the pilot report, including new trust metrics that show how comedy could improve the public’s perception of journalists’ abilities, intentions and responsiveness to audience needs, here.

And a video of Kirsty doing comedy about about the project at Hacks/Hackers LDN here:

If you’d like to Standup For Journalism, let’s chat.